6 habits to break so you can boost your productivity

If you’re anything like me, you have an endless list of things you want to do or get better at. You want to get more work done in less… 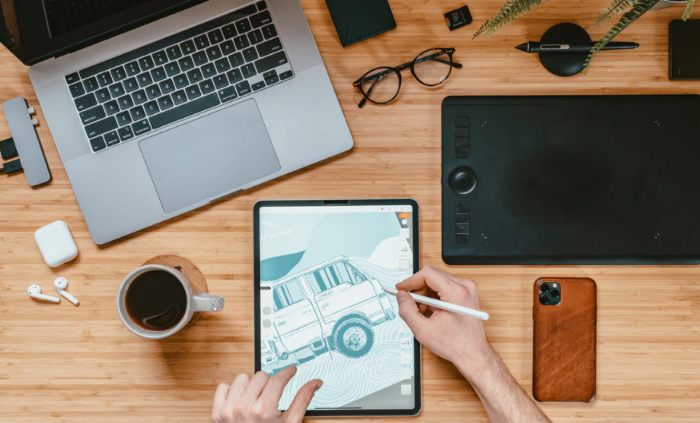 If you’re anything like me, you have an endless list of things you want to do or get better at. You want to get more work done in less time. Or perhaps… you want to exercise more frequently, meet more people, read more books, and the list goes on and on.

But if you’re anything like me, you also don’t know how to start working more productively. Whilst most people try to become more productive by adding more things to their already cluttered lives, I’ve realized that it’s much easier to subtract things from your life instead. Here are 6 habits that you have probably been guilty of that is actually killing your productivity:

1. Fail to prioritize your tasks ahead of time

When faced with a long to-do list, I used to start with the easiest tasks and leave the more challenging ones for later. But then I was left with a false sense of accomplishment, and a more daunting list of tasks to complete.

Productive people take a different approach. If you’re not producing things that matter, you’re not increasing your productivity. You’re just doing more busy work. Before you start working through your to-do list, take a look at it and figure out which tasks are the most important, or most challenging.

What to do instead: Find the toughest task, and complete that first. By completing the toughest task first (or eating the biggest frog, as Mark Twain would put it), you are able to free up your headspace for tasks that seem much more manageable in comparison.

At Weavit, we recognize how important it is to prioritize — which is exactly why we organize your world for you by importance. This makes it possible for you to differentiate which contacts you’ve interacted with most frequently which can, in turn, help you distinguish which relationships you need to work on, and which ones you’re maintaining well.

2. Checking your notifications as soon as you wake up

Phones have become such a big part of our lives that 76% of people reach for their phones within the first 30 minutes of their day. Whilst common, checking your phone first thing in the morning is one of the worst ways to start your day.

Scrolling through social media, checking your emails, and responding to messages puts you in a state of reaction, rather than allowing you the time to reflect on the goals you want to accomplish that day.

What to do instead: Productive people take time out of their morning to reflect on their goals and work on them before the workday even begins. Allowing yourself this time in the morning helps free up your mental, emotional, and physical energy and allows you to direct it towards the things that actually matter.

To get rid of the temptation to check your notifications completely, leave your phone on airplane mode when you sleep or adjust your “Do Not Disturb” settings so you don’t get any notifications in the morning.

Only once you’ve set aside time for yourself should you work through the notifications on your phone.

3. Juggling too many tasks at once

At the same time, your seemingly never-ending to-do list might tempt you into starting multiple tasks at once. Despite how much you try to convince yourself that you are good at multitasking, the simple fact of the matter is that humans were not made to multitask.

Switching tasks too often actually hinders your productivity. Every time you switch tasks, it takes some time for your brain to regain focus on the new task at hand.

What to do instead: Focus on one task at a time. Complete that task, then move on to the next thing on your agenda.

Try minimizing your distractions too. Put your phone on airplane mode so you aren’t tempted to read through and reply to the influx of notifications you’re getting from your coworker, and make it a habit to close the tabs and apps you aren’t currently using.

If you’re using Weavit to build ideas, use the hide feature to temporarily remove items that aren’t relevant to your current focus. Being able to hide irrelevant information makes it easier for you to focus on the task at hand, and complete it before visiting other items.

It’s understandable that there are times you have to work late to finish a project, but this strategy is not sustainable for success in the long term. If you’re constantly overworking yourself and feel completely drained, your output is likely to reflect that as well.

“When we take time to sleep, our cognitive performance improves. We make better decisions. We are less reactive. We get less upset when bad things happen.” — Ariana Huffington, CEO, and founder of Thrive Global, former co-founder of The Huffington Post

What to do instead: Breaking this habit is a little more obvious — simply don’t overwork yourself! Productive people don’t work until there is nothing left to do. Instead, they allocate the most time to their most pressing tasks, then work through the less important tasks after.

Once you feel like you’re not producing quality output, it’s probably a good time to stop. The best part about prioritizing properly is that you’ve already completed the most important tasks anyway! After all, ample rest is needed for you to perform well the next day.

5. Squeeze in as much work into as little time as possible

When faced with a lot of work, you’re likely to think it is more efficient to power through your entire list and leave no time for breaks. But as people, there is only so much our brains can do within a short period of time.

What to do instead: Once you realize you’re taking longer than you normally would finishing a certain task, take it as your brain giving you a signal to take a step back. Give yourself 5 minutes of downtime to go for a quick walk, grab a snack, or meditate. When you are refreshed, you will be able to complete your work with greater efficiency.

If you like planning out your tasks, you could also plan out your tasks to complete within a certain period of time. With Weavit, you’re able to group your notes and contacts together, making it easier for you to refer to a collection of related items for the task you want to complete. Once you’ve finished the task, take a break, then move on to the next collection of notes to work through.

6. Work only when you’re motivated

Motivation is overrated. It is a feeling that comes and goes, and can’t be your sole driving force to continue working. Discipline, on the other hand, separates productive people from unproductive people.

Productive people make time for the things they want to accomplish and are dedicated to accomplishing them. It’s far too easy for you to postpone tasks when you only “try to find the time” to do it.

What to do instead: Find a routine that works for you. Assess the things that you want to accomplish, and frame them as tangible tasks that you can complete daily. Committing to completing the task daily will ultimately bring you closer to your overarching goal over time.

Everyone has the same 24 hours in a day, but those that are productive make sure to make the most out of that time. My challenge to you is to pick one of these bad habits and make a conscious effort to break it every single day this week. Once you’ve mastered that, move on to the next habit on the list and before you know it — you’ll find yourself working much more efficiently!

After you’ve got all the habits down pat, take it one step further and challenge yourself by integrating apps that help you become better in business, and allow you more time to do what you love.

That’s why we’re building Weavit, a tool that will help you make sense of your world by organizing your notes, events, and contacts in an intuitive way. To see how it works, sign up for early testing here.