Take your notes in small chunks

Our brain operates in small and concise ideas linking 2-3 key elements. How about taking notes that way? 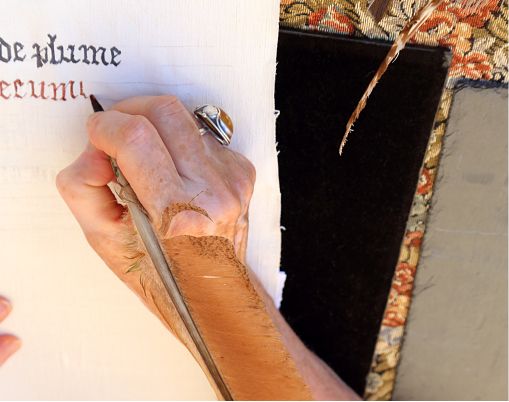 Sometimes man has to adapt to nature, and centuries later we inherit from technologies that were probably not the best fit for our purpose. Note taking is an interesting example of this phenomenon. It took centuries for man to invent and perfect writing. Even more centuries to stabilise and industrialise the production of pen and paper.

The lack of flexibility of a notebook - you cannot move sheets or even parts of notes to compare them, order them or connect them - makes it a very inefficient support for our intellectual needs. Blaise Pascal, a very famous French philosopher of the 17th century had scissors as an essential part of his note taking technique. Pen, Paper, Scissors.

So when computers were democratised a few decades ago, we could have thought that taking notes would become more adapted to how our brain works.

But no. We just reinvented the same thing: the digital pen and paper.

The problem is… we do not think in “Notes”

Note taking Apps are frustrating because they reproduce the flaws of notebooks. They are not flexible, moving parts of notes is difficult and nothing is connected.

If computers are meant to be our digital twins, why type a long text to start with ? I’m pretty sure that when you say “I’m making a mental note of this.”, it doesn't look like a 10-line long note, but rather a collection of small and meaningful thoughts/facts/comments/todos that are connecting a few important assets together.

All of these thoughts can live an independent life while creating meaningful connections between the topics they mention. Like in your brain.

With Weavit you do not take notes, but thoughts

At Weavit we want to help you connect the dots while capturing and retrieving thoughts in a natural way, like your brain would do:

Instead of being buried inside lengthy notes and complex folders, your thoughts are readily accessible in full reading; and because they are in small chunks, it’s much easier to make sense of them as you read.

Instead of maintaining a long list of movies or books you want to watch or read, why not simply say “John recommends me to watch the movie Dune.”. This thought will show up when you look at John, but also when you search for “Movies to watch.”, alongside all other movies you noted down.

If you just learned something about a client, don’t waste your time searching for the client’s card, just say: “J&J might be interested in acquiring Symbiotech.”

If you are taking meeting minutes, the small chunks are the best way to segment your report. Start from the meeting itself and write down your findings. “Jenny Liu presented the new sales strategy.” - you can even attach the document to your thought. “Arnold expressed some concerns about the high level of regulation for the Minilab market.”.

Not only can you retrieve what was said at the meeting, but each relevant part will appear in their own context, should you be looking at Jenny, Arnold, or the Minilab product.

Generally, if you are on a longer note taking streak, for example while reading a book or listening to a conference, simply divide - and conquer. Your small chunks will be linked one to each other, but will also have their own independence and create meaningful links in your universe.

Weavit allows you to simply and naturally capture thoughts and knowledge. Our approach with small chunks allows each idea to be independent while highly connected to its context. Retrieving and analysing knowledge becomes very easy.

Taking your notes in small chunks is really the way to go. It’s the closest to how our brain works and creates a highly efficient way to retrieve, analyse and share information that you capture on the go.